Liz and Ed, Gaia’s co-founders were invited to Brazil to meet with Indigenous communities in Acre and witness the deep inter-connection of culture, forest and spirit. Being a part of the landmark Altamira gathering in 1989 set the foundation for a lifelong friendship and collaboration with the Ashaninka and other Indigenous leaders and communities.

We were called on by forest defenders Chico Mendes and Ailton Krenak (pictured) to support their efforts to unite Indigenous and non-Indigenous forest dwellers in a Forest Peoples’ Alliance. A Rainforest Gala Concert in the London’s Barbican Theatre and Gaia’s agile Microprojects programme meant small, strategic grants reached frontline defenders of the Brazilian Amazon.  Reviving language and culture, and restoring degraded forest areas were central to an exciting Research Centre established in 1991 by Ailton Krenak for young indigenous leaders to work alongside elders and western scientists.

In Colombia too, as a founding partner of Gaia Amazonas and the COAMA Programme (Right Livelihood Award, 1999), we began a lifelong journey accompanying Indigenous peoples to legally reclaim their rainforest territories. More than 26 million hectares of the Colombian Amazon are in the hands of the Indigenous communities – a model of conservation and human rights, their sacred lands are the ‘lungs of the planet’ on which we all depend.

We nurtured an Amazon Network to inspire and link similar actions for Indigenous territorial rights and rainforest protection. Three decades later, the ‘affectionate alliances’ of that era remain strong and Gaia continues to coordinate solidarity and support for Indigenous communities and Amazon defenders. 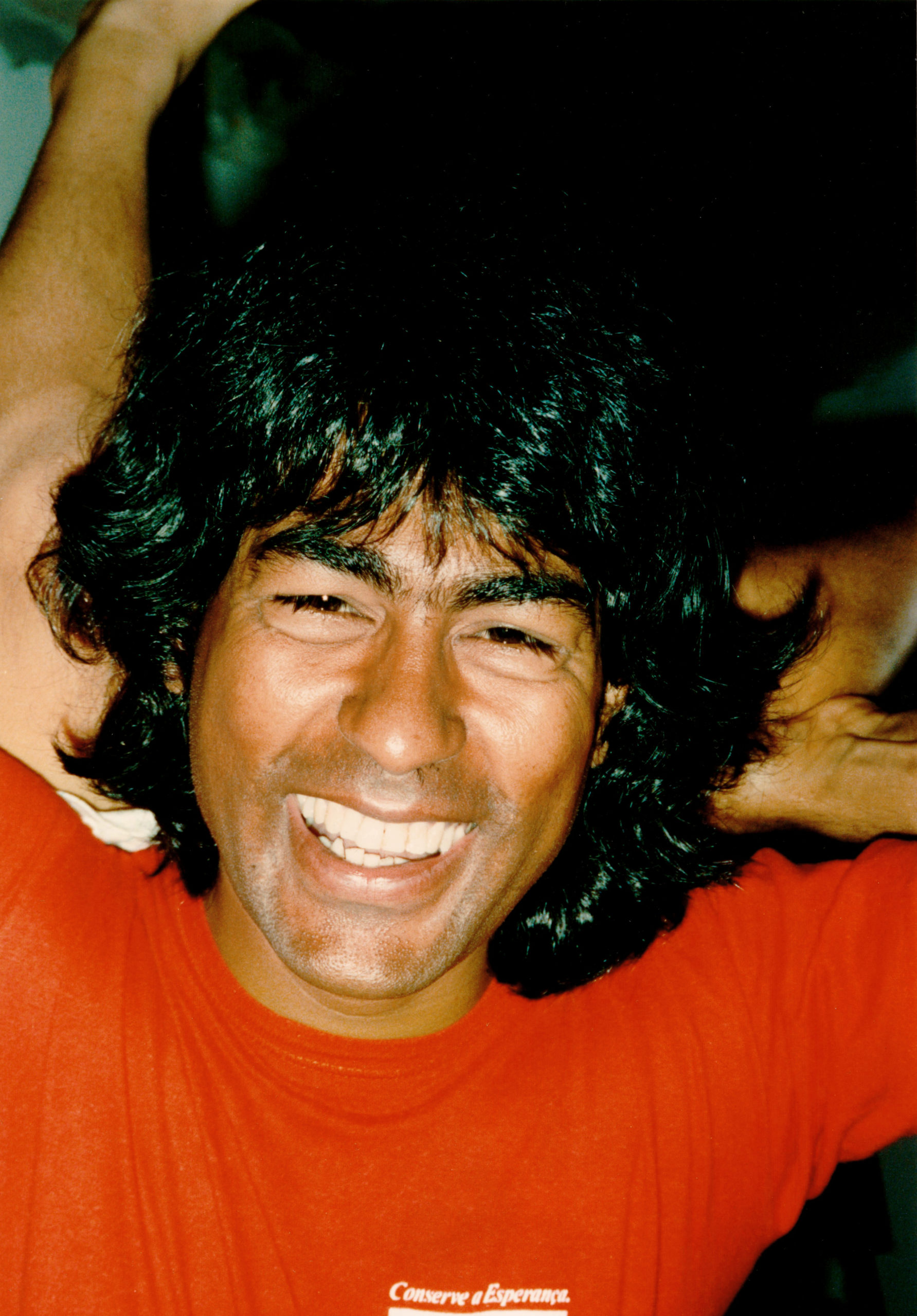 The Nineties (1990s) – Stemming the Rise in Genetically Modified Organisms

Biotechnology was bursting with ‘quick fix’ solutions and unseen impacts on the millennia of natural and farmer-led agricultural diversity, and the health of people and planet.

With allies across Africa and in the UK, we co-founded networks and campaigns to disrupt the influx of genetically modified (GM) seed. Calls for a moratorium and GM Freeze campaigns caught public attention, though governments have waivered putting the health of people and planet at risk.

Support for a strong African Group to attend international negotiations on trade, agriculture and biodiversity became an important focus, to defend both food sovereignty and farmers rights. We enabled key voices to be heard on the urgency to safeguard biodiversity and the traditional rights of farmers and communities, such as Tewolde Gebre Egziabher from Ethiopia ( UN Champion of the Earth, 1996; Right Livelihood Award, 2000), and worked alongside international allies such as GRAIN (Genetic Resources Action International) and the unstoppable Vandana Shiva (Navdanya, India).

Small grants for community actions, research and awareness raising across Africa to restore culture, seed and knowledge, were channelled through a second Microprojects programme. Our support for local solutions to global problems laid the foundations for an African Biodiversity Network.

In 1995, Gaia was honoured with the Schumacher Society Award for our work protecting cultural and biological diversity. 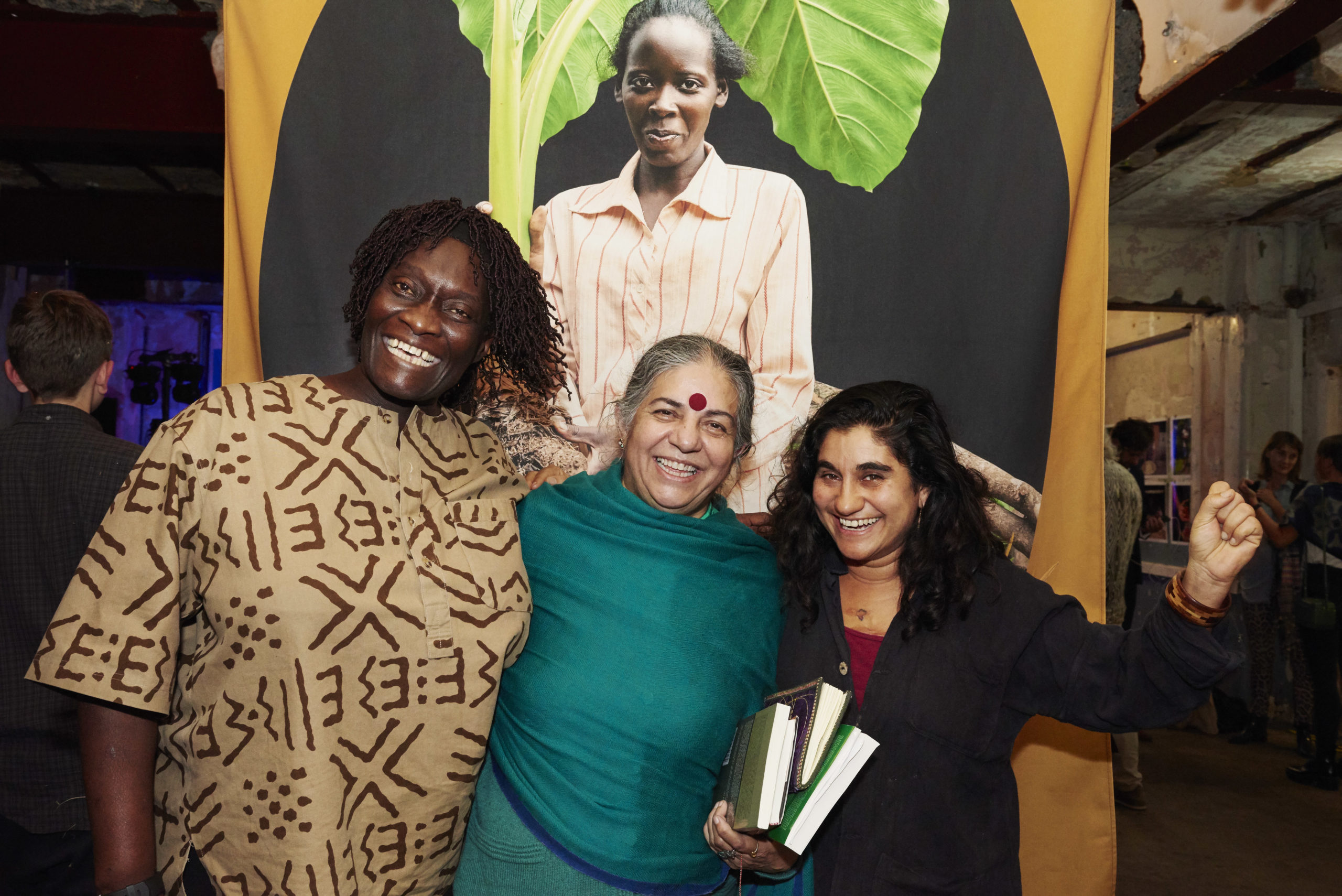 Since late 1990s, Gaia hosted gatherings with Thomas Berry and other visionaries to explore Earth Jurisprudence. Together we drafted the landmark Airlie and Botswana Principles of Earth Jurisprudence, and Gaia organised the first ever Earth Jurisprudence Colloquium in South Africa, prior to the 2002 World Summit on Sustainable Development (Earth Summit).

We envisioned a network of Earth Community centres of learning – Schumacher College in the UK, Rinção Gaia in Brazil, Lang’ata in Kenya and Bija Vidyapeeth in India – and laid the foundations for Gaia’s own ‘trainings for transformation’.

During this decade, Gaia took potential African change-makers on immersive and experiential trainings, giving them the confidence and skills to restore biocultural diversity across the continent. A series of Africa to Amazon exchanges followed, to witness first-hand the holistic, elder-centred approach of the COAMA programme. In 2009, Amazonian elders visited Africa to share their experience with eco-cultural maps and calendars – tools for reweaving biocultural systems back to life.

Gaia published the first global report to explore the cultural, ecological and spiritual roles of sacred sites, and began to engage in conservation fora with Indigenous leaders and develop policies for the protection of sacred lands and waters. In following years we have supported African partners and local communities from Benin to Kenya, Ethiopia to Zimbabwe, to demarcate and protect sacred natural sites, as the threat from mining and extractivist activities began to grow, and secured a landmark resolution at the African Commission for Human and Peoples’ Rights. 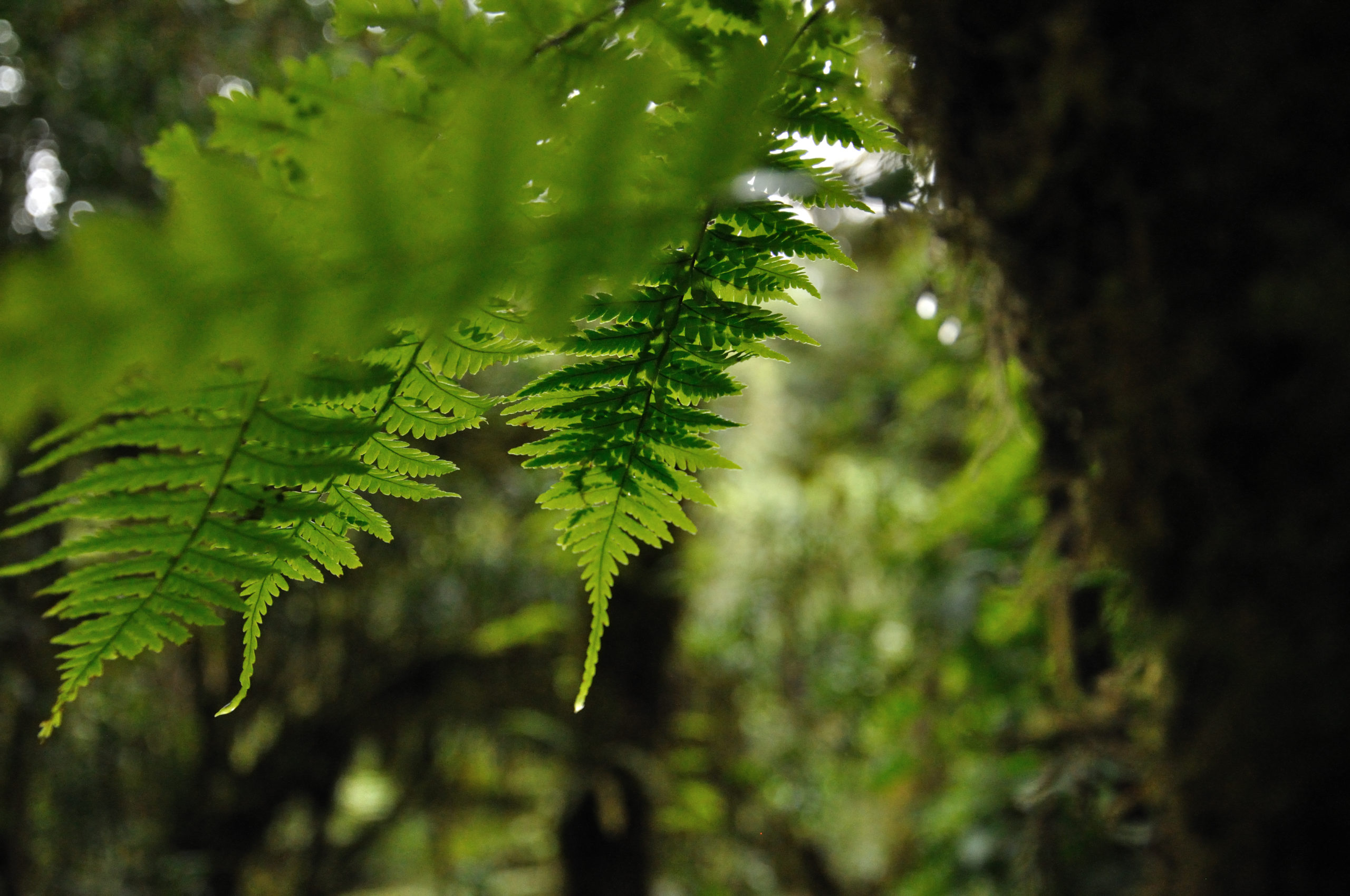 The tens (2010s) – Raising the alarm and building alternatives

New reports, Pandora’s Box: The New Wave of Land Grabbing (2012) and Short Circuit: The Lifecycle of our Gadgets (2013) exposed the true cost to Earth of the rampant mining and extractive industries are costing – followed by Wh@t on Earth (2014) on the growing disconnect with our living planet. We launched the global Yes, to Life, No to Mining network with members and allies around the planet.

We raised the alarm on the loss of agricultural biodiversity and the urgent need to put seed back in the hands of local farmers, and a powerful trio of seed films (Seeds of Freedom, Seeds of Sovereignty and Seeds of Justice) were made available in five languages and screened in 150 countries. A remarkable collaboration with 50 world-renowned photographers led to the We Feed the World campaign reached 55 million+ people with the message that small-scale farmers feed the world and cool the planet – and demand continues for the book and photo exhibitions on this vital issue.

Further afield, we developed a transformational, UN-recommended, three-year course for African Earth Jurisprudence Practitioners. From Benin to Zimbabwe, Kenya to Cameroon, graduates accompany communities who are reviving their Earth-centred traditions and restoring ecosystems that are crucial for the health of people, planet and climate.

The ravaging of our seas and marine life led to Gaia getting involved in protecting natural habitat and migratory routes and supporting deeper connections with the ocean through the arts, music and education – including a bi-national initiative, Un Solo Mar (One Sea), with allies in southern Brazil and Uruguay. 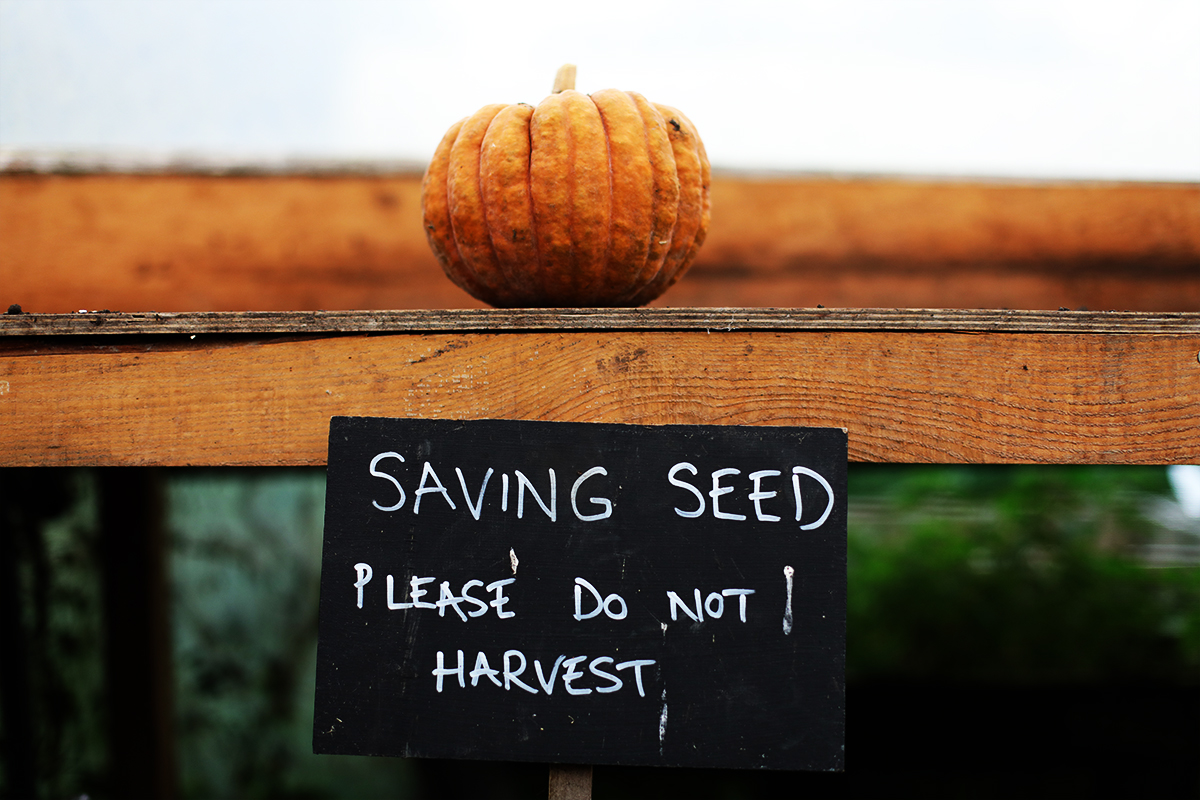 The next decade and beyond..

We invite you to join us, in solidarity, in what must be a paradigm shift for a better tomorrow. We live in a time of multiple, complex crises. There are no easy answers. Working to uphold the health and diversity of our living planet is always rewarding, but we think you’ll agree it can sometimes feel like swimming against the stream. And yet like salmon we leap, and more often than you might expect, we make it. We invite you to make the next leap with us by making a donation of any size. Thank you for your solidarity. 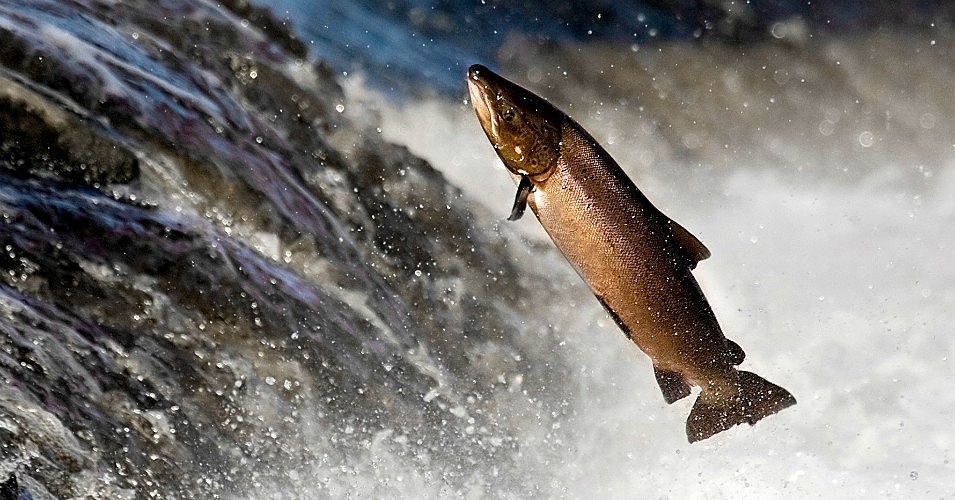